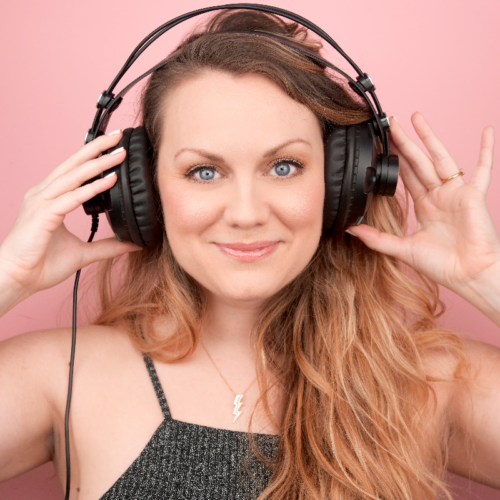 #BYOP: Be Your Own Producer Workshop

DESCRIPTION: Are you ready to create fully & authentically?! Join Broadway actress & Award-Winning Producer Ashley Kate Adams for a deep dive into her Best-Selling book, #BYOP: Be Your Own Producer! Through the workshop, artists will explore the creative process through focusing on 5 topics: identity, inspiration, the idea, action & #BYOP. This inspiring & uplifting class will focus on many chapters & tips including: -No One Can Give Your Permission to Create but Yourself -Creating Your Own Way -Starting from Scratch -Work flow & Productivity -Protecting your He(art) -Good Ol’ Imposter Syndrome The perfect class for any creative who is ready to take action and control of all corners of their creative career! #BYOP: Be Your Own Producer debuted as the #1 Book in the Performing Arts Industry & will be released on e-book & audio book May 4th, 2021 & published on August 10th, 2021.

BIO: Ashley Kate Adams: is an award-winning Actress & Producer who made her Broadway Debut at the age of 23 in Tony Award Winning Revival of LA CAGE AUX FOLLES. She has appeared on television in UNBREAKABLE KIMMY SCHMIDT (NETFLIX), ROYAL PAINS (USA), RULES OF COOL (FULLSCREEN), can be heard in TRUE DETECTIVE (HBO), THE RIGHTEOUS GEMSTONES (HBO) in LOGAN LUCKY, GEMINI MAN, HILLBILLY ELEGY & seen in films such as PITCHING TENTS (Hulu), 1 Message (Dish Network) & LOVE which she also won Best Actress for at the 2018 NYTF. She began her Production Company AKA Studio Productions in 2011 and their work has been seen in 150+ film festivals. TV/FILM: MULLIGAN (2018 LA Film Festival, 1st Place Flickers RIIFF) , RULES OF COOL (FULLSCREEN), CAPITAL ADVICE (ITV Fest) & ACE (Toronto Inside Out Fest), photo op (Winner SENE Film), BLINDSIGHT (LA Shorts) & ABSENT MIND (Toronto International Shorts) & BEAUTY MARK (LA FILM FEST) distributed by the Orchard. She is also a proud teacher and #BYOP creative consultant to hundreds across the US including Billboard Top 10 album FRANKIE! THE MUSICAL. Up Next: BOY HERO!